We use cookies to improve your experience on our site.

When the Oaks Fired 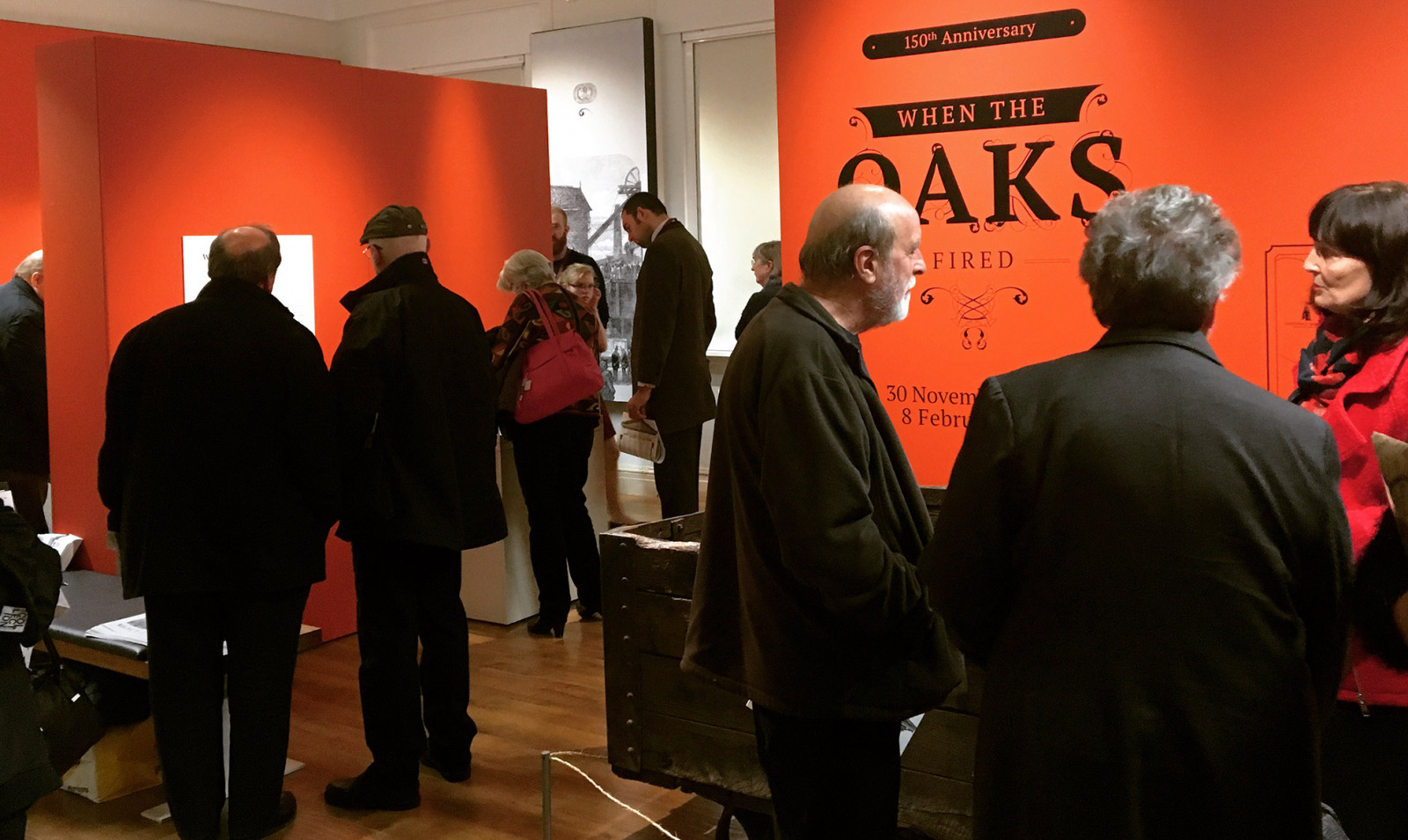 Working with Stephen and the Dearne Valley Landscape Partnership, we created an engaging exhibition, which was aesthetically modern whilst paying homage to the Victorian time period and styles. This combination allowed the presented information within the exhibition to be easily accessible to a number of generations.

Within the exhibition was a memorial wall, displaying the names of the 383 people who died, below a circle, similar to that of a Stephenson lamp. We wanted to reinforce the number of people who had died, by writing the number 383 out within the grid of circles in lenticular card. The lenticular cards where two colours, meaning that when you walked past them, they would turn from burnt orange to yellow repeatedly. This created a flickering effect.

We wanted to ensure we kept the feel of the Victorian period, so incorporated traditional Victorian newspaper styles and serif writing within the printed material. A striking orange, representative of the explosions throughout the disaster, tied the differing styles together.

Katie, Jonny and Georgia attended the commemorative opening nights on the 12th December 2016. We where in awe at how many people where present at the event and how far they had travelled. It was immediately apparent how important this evening was to everyone. Relatives of the men and boys lost to the Oaks explosions travelled from as far as Southampton, whilst others marked the anniversary by a family service in Phoenix, Arizona.

Around a dozen volunteers where congratulated with framed copies of the commemorative newspaper, after conducting hours of research for the content of the exhibition.

It really was a pleasure to working with Stephen and Dearne Valley Partnership on this project and look forward to any future opportunities that may arise with the team.